How do cancer cells become immortal?

Every time a cell divides, the ends of chromosomes – the threads of DNA residing in the nucleus – shorten a bit. Once the chromosome ends, called telomeres, become too short, cells normally stop dividing. e:Med Scientists led by Karsten Rippe from the German Cancer Research Center (DKFZ)  have now discovered how cancer cells make use of specific DNA repair enzymes to extend the telomeres. In this way, they escape the natural stop signal and can divide without limits. The Federal Ministry of Education and Research (BMBF) supports the project as part of the e:Med research initiative.

Our genetic material is packaged into proteins as chromosomes in the cell’s nucleus. The ends of all chromosomes, called telomeres, consist of multiple repeats of specific DNA sequences that shorten every time a cell divides. As the cell ages, the telomeres become very short and the cell stops dividing. Telomeres act like an hourglass that runs out in order to prevent cells from dividing more than 50 to 60 times.
For cancer cells, it is therefore crucial to be able to reset the hourglass. Most tumors do so by simply reactivating the gene for telomerase, an enzyme that normally extends telomeres only in embryonic stem cells.
However, about ten percent of all cancer types, such as childhood brain cancer, use an alternative mechanism to extend their telomeres. Scientists led by Dr. Karsten Rippe at the German Cancer Research Center (Deutsches Krebsforschungszentrum, DKFZ) and Heidelberg University have now taken a closer look at this complex process.

The researchers already knew that in the alternative process of telomere lengthening, tiny protein aggregates called nucleoli assemble at the telomeres. In order to identify the nucleoli components that are involved in the process, Rippe’s team individually turned off approximately 100 candidate proteins in the cancer cells.

Using automated microscopy images, the investigators analyzed over 20 million images that showed the effects of losing the individual proteins. They identified 29 proteins that play a role in the complex process of alternative telomere lengthening. The actual extension of the chromosome ends happens because the nucleoli that are attached to the telomere activate specific DNA repair proteins that add the missing sequences.
“We now know the molecular players that are involved in alternative telomere lengthening. Thus, we know new targets to block this process in tumors that use this alternative mechanism,” says Katharina Deeg, one of the first authors of the publication. Collaborating with colleagues from the University Hospitals of Hamburg and Heidelberg, the researchers are currently studying glioblastoma and prostate cancer cells from patients to find out how individual tumor types differ in telomere extension and how this impacts the course of the disease.

The Federal Ministry of Education and Research (BMBF) has supported the project as part of the e:Med research initiative. 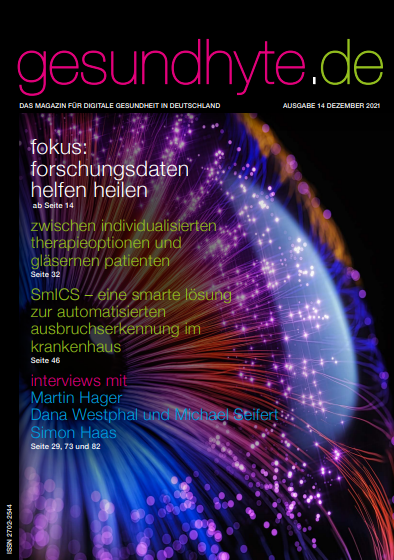