Göttingen, the university city on the Leine river steeped in tradition, is situated right in the middle of Germany. This city, with approximately 133.000 inhabitants of which more than 33.000 are students, is characterized by a creative flair and a unique atmosphere.
With 13 faculties the Georg-August-University, founded in 1737, is well represented in nearly all scientific disciplines. Also, more than 40 Nobel Prize winners are associated with its name.

The village 'Gutingi' , to which the city goes back, was first mentioned in 953 in a document by Emperor Otto I. Today’s old town combines in a charming way the memory of the medieval merchant community (member of the Hanseatic League 1351-1572) with the ambience of a modern business location.
A plethora of sights from different eras shapes the special face of Göttingen, as for example the double winged altar in St. Jacob’s church dating from 1402 or the Old Town Hall (around 1270/1369-1443) with its decoration of the hall from the late 19th Century.

A very special jewel is the 'Gänseliesel', the city’s landmark. This art nouveau figure is the darling of all freshly promoted doctors, who kiss her bronze cheeks after having passed their exams. 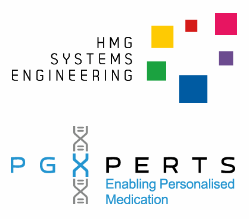